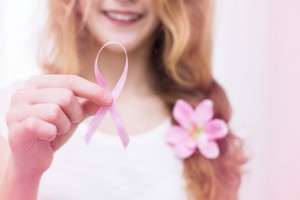 A 46-year-old woman was recovering from breast cancer, and was complaining of extreme fatigue caused by her radiation treatments. Her recovery included regular bouts of radiation, as prescribed by her doctor. She had had surgery to remove a relatively small amount of breast tissue (diagnosed as stage 1 breast cancer) approximately 3 weeks before beginning the radiation treatment, and had been receiving radiation treatments 5 days a week for almost 5 weeks. Her breast tissue removal had only been partial, and chemotherapy had not been prescribed. Her doctor was considering hormonal therapy, but wanted to wait until further testing after the radiation therapy was completed.

The patient also complained of feeling unusually anxious during the course of radiation treatment, although she knew that this could be a side effect of the therapy. Her sleep was also an issue, in that she was having trouble falling asleep and also woke a few times in the night. She was also experiencing night sweating, something she had not experienced before undergoing radiation treatments.

Her tongue was quite pale, with some red spots throughout and was especially red at the tip. Her pulse was quite weak and deep.

Diagnosis: Kidney deficiency as a result of the radiation. The intense heat of the radiation likely depleted both the patient's Yin and her Yang, and residual heat in the Heart meridian left her with sleep issues. The anxiety was likely a manifestation of the Spleen not being adequately supported by the Kidneys, and the night sweats were likely due to a Kidney Yin deficiency

Treatment Principle: Nourish the Kidneys to help the Spleen and Heart, in an effort to help the patient regain some of her energy, help her sleep, and resolve the issue of night sweating.

Two treatments per week for two weeks, followed by one treatment per week for four weeks, and the patient was feeling much more energy and no more anxiety. Her sleep was also much improved, and she was able to once again fall asleep easily and sleep through the night. Her night sweating also quickly dissipated.

At the conclusion of our treatment the radiation therapy was also finished, and further testing showed that there was not yet any need for hormonal therapy. At the time of this writing the patient had not had any recurrence of cancer.

Acupuncture for Cancer Management and Prevention