Getting Stable from Dizziness with Acupuncture 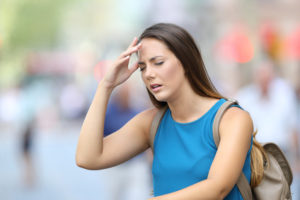 Feeling dizzy is usually a very uncomfortable and sometimes also scary feeling. Scientifically speaking, you may feel dizzy for a variety of reasons, including head trauma, ear infection, or complications of diabetes. These are serious reasons for your dizziness, and should be attended to by a physician before you seek any help from natural medicine. But dizziness can also come because of allergies, stress, depression, poor sleep, and oftentimes from causes that are completely unknown. In fact, a cause for dizziness can often be very difficult to determine, and it is for this reason that acupuncture is a great therapy for treating this complaint.

Acupuncture works based on clinical study – it does not need a scientific explanation in order to function properly. Indeed, studies show that it does operate on the body in scientific ways, e.g. by improving blood flow, nerve conduction, lymph drainage, hormone production, and so on. But acupuncture is a modality of Traditional Chinese Medicine (TCM), which has been developing for at least 3-5000 years, long before science had even begun to appear.

Since TCM believes that everything which exists in nature also exists within us, a fundamental theory explaining TCM is The Theory of Five Elements. This complex theory essentially states that there are five main elements in the universe, and that each of these elements corresponds to a major organ in our bodies. It is, therefore, through the functioning of and the interrelationships between these major organs that we function and live. When there is an imbalance in one of our major organs or a disharmony in the relationship between two or more organs, we experience illness such as dizziness.

In TCM, another central theory is the Yin-Yang Theory, which states that everything in the universe (and hence within us) has two basic sides, a Yin side and a Yang side. Yin is related to everything that is cold, dark, nourishing, female, and quiet, for example. Yang, then, is everything that is hot, bright, moving, male, and loud. Of course, we have varying degrees of Yin and Yang, but it is essential in TCM diagnosis to differentiate between the two extremes, in order to achieve a method of treatment. Dizziness like all illness, therefore, is caused by either a deficiency or an excess. Even though there may be underlying complications to this basic diagnosis, the basic pattern you present with will always be either deficient or in excess.

The conditions of excess that you could present with in terms of dizziness include Liver Yang rising or Turbid Phlegm. Liver Yang rising accompanies such symptoms as severe dizziness, high-pitched tinnitus, red eyes and face, and irritability. Turbid Phlegm conditions with dizziness often present with symptoms such as a feeling of heaviness and cloudiness in your head, chest oppression, and nausea.

It is important to determine your TCM diagnosis by consulting with a properly trained TCM practitioner. With a proper diagnosis you will be able to have the right treatment prescribed, and you should expect definite relief from your symptoms with acupuncture.

For more information, and to obtain your own free TCM diagnosis, contact us.