How to Eat and Prepare for the 4 Seasons in TCM 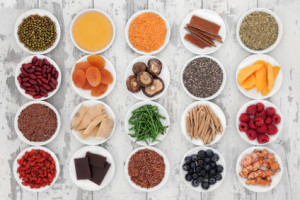 Traditional Chinese Medicine (TCM) sees eating locally and according to seasonal influence as not something new or trendy, but rather something essential to good health. Essentially, when in doubt try to eat what is plentiful and grown locally because this is essentially what nature intends for your body at that time. Also, in general try not to eat cold or raw foods without having something warm first (even a cup of hot water), as this is good for your Spleen and Stomach, the organs responsible for digestion in your body (note that terms capitalized are done so to differentiate from their scientific definitions).

The following will give you some more specific ideas about how to eat and prepare for (as well as what to avoid during) the four seasons according to TCM theory.

Spring (not surprisingly) is the season of re-birth and re-growth, and your Yang energy should now be nourished while you begin to protect your Yin energy. And according to TCM, spring is associated with your Liver, which is affected mostly by sour flavours. Thus it is advisable to reduce the amount of sour food you eat and increase the sweet and pungent flavours, as this will help your Liver do its job to regulate and smooth the flow of Qi in your body. So fruits and other natural sugars are recommended, although in moderation because raw fruit is cold in nature and in spring your body is still cool from the not-so-long-passed winter. Pungent foods such as garlic and chili peppers should start to be used as well.

After the coldness of winter, you may have developed residual heat signs if your Yin was not properly nourished (see ‘Winter’ below). Such heat signs may include a dry throat, bad breath, or constipation. Foods like bananas (ripened), pears, celery, and cucumber can help.

Recipe: Try the Kale Oregano Pesto Salmon – a pungent and tasty dish that is great in springtime.

Like plants which grow quickly in summertime, people act more energetically and our bodies' Qi and Blood become relatively more vigorous compared to the other seasons. Therefore Yang energy should be nourished, and as summer is associated with your Heart you should reduce the amount of bitter flavours you consume while seeking out more pungent, sour and salty foods. Thus it is advisable in the summer to avoid foods such as coffee, tea, walnuts, dark leafy greens, and grapefruit.

In nature, autumn is the time when things begin to slow down and prepare for winter. So should you also begin to participate in less activity and start to preserve your Yang energy while nourishing your Yin. Autumn also correlates with your Lung system in TCM, which is affected most easily by dryness. Thus you want to start nourishing your Yin energy now, promoting the production of body fluids and Blood. Dry weather can bring sore throats, thirst, chapped lips, dry skin, and other signs and symptoms of Dryness in your body.

In order to further nourish your Yin in the autumn, try to steer towards sour, astringent flavours and eat more foods such as lemons, pineapples, and foods preserved in vinegar. Try to avoid foods that will open your pores and/or encourage perspiration such as garlic, ginger, hot peppers and other foods that are aromatic and/or spicy.

Reducing your activity and even the number of hot showers you have at this time of year will also help you to preserve your Yang energy.

By wintertime, you should be well-used to the foods and practices you started in the fall, and are now sticking religiously to the above-mentioned foods and are nearly hibernating in terms of physical activity, almost never inducing perspiration. This will help to ensure that your Yin continues to be nourished for this coming harsh season, and your Yang will be preserved for the eventual spring season.

Since TCM believes that in winter our diet should be adapted to focus on enriching Yin and subduing Yang, we should add to our diet foods that are higher in calories, especially those high in proteins. It is not advisable to lose much weight (if any) over the winter, but you do not have to gain any if you are careful. Just add in a bit more red meat, duck and eggs, or foods like nuts, seeds, avocados and coconut if you are vegetarian.

The winter is the season of the Kidney energy system in TCM, which does not like salty foods and prefers foods that are bitter. Foods with bitter flavors include: apricot, asparagus, celery, coffee, tea, grapefruit, hops, kohlrabi, lettuce, radish leaves, kale, vinegar and wine.

Winter Recipe: Homemade Almond Milk is perfect in the winter!