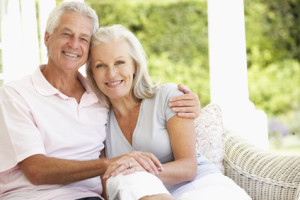 Parkinson's disease is a progressive nervous system disorder that leads to shaking (also called 'tremors'), and difficulty with walking, movement and coordination.  Most often affecting older adults, it is caused by the loss of neurons in your brain that produce dopamine, a neurotransmitter responsible for controlling muscle movement in your body. Signs and symptoms of Parkinson's disease include:

Other than age, it is believed that Parkinson's can also be brought on by over-exposure to chemicals such as pesticides and heavy metals.  Other risk factors include a family history of the disease, and gender (men are more at risk).  Drug-induced Parkinson's may occur with some drugs when used chronically or excessively, such as some psychiatric disorder drugs, drugs that treat nausea, and a drug that treats epilepsy.  When the use of these drugs is stopped, the Parkinson's symptoms usually disappear.

Your doctor may prescribe drug therapy to boost dopamine levels, but with chronic use the effects may diminish.  Exercise (such as yoga), along with proper nutrition is often recommended, and in severe cases your doctor may prescribe other medications, such as antiviral drugs, anticholinergics, COMT inhibitors, and dopamine agonists.  A variety of experimental treatments exist, including stem cell transplants and tissue grafts.

Natural therapy is excellent for treating the symptoms of Parkinson's disease. Naturopathic medical advice (including boosting fiber intake to prevent constipation) can help to minimize symptoms, while acupuncture and TCM can help reduce pain, improve balance and coordination, and even reduce your frequency of tremors. Physiotherapy and massage therapy can help reduce your levels of stress.

Contact us for a FREE consultation on how natural therapy can help you manage your symptoms of Parkinson's disease.