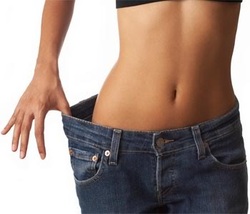 A 53-year-old woman complained of being overweight. She had always had poor eating habits, craving sweets most of her life, and claimed to have been overweight since her late 20's. When she first started coming for treatment, she said she was approximately 50 pounds overweight. Although the excess weight occasionally caused her some knee pain in her right knee, she said that in general she had few concerns otherwise. She said that she wanted to lose weight to avoid future joint pain and/or the onset of diabetes.

It was explained to her that although acupuncture and Traditional Chinese Medicine could help, that it would still take effort on her part to follow a healthy diet plan and exercise at least 3 times per week. She said that she was seeking the help of a holistic nutritionist, and that she was also starting to do some yoga.

The patient also complained of some general abdominal discomfort, which she claimed was due to poor eating habits. She generally felt heavy and fatigued, although her mood was usually fine and overall she was happy with her life.

The patient's tongue was swollen and pale, with teeth marks on the sides and a thick white coat at the root. Her pulse was soft and slippery.

Diagnosis: Dampness due to Spleen Qi deficiency. The patient's Spleen was most likely damaged at a young age, due to a propensity for sweet foods and a habit of eating too much at meal times. The Dampness and Spleen Qi deficiency diagnosis explained her weight gain as well as her fatigue and general feeling of heaviness. This was also evident in her tongue and pulse.

Treatment Principle: Boost the patient's Spleen Qi and resolve Dampness, to assist in relieving the patient's abdominal discomfort and helping to shed some excess weight.

After treatment 1 time per week for 6 months, the patient felt she had more energy and had lost approximately 25 pounds. Her eating habits had improved tremendously, and she no longer felt much abdominal discomfort unless she ate too much. Although she was only halfway to her goal, she felt much better, and decided that she would try to simply maintain the weight she had lost, and return for acupuncture at a later date if she decided then to lose the rest.